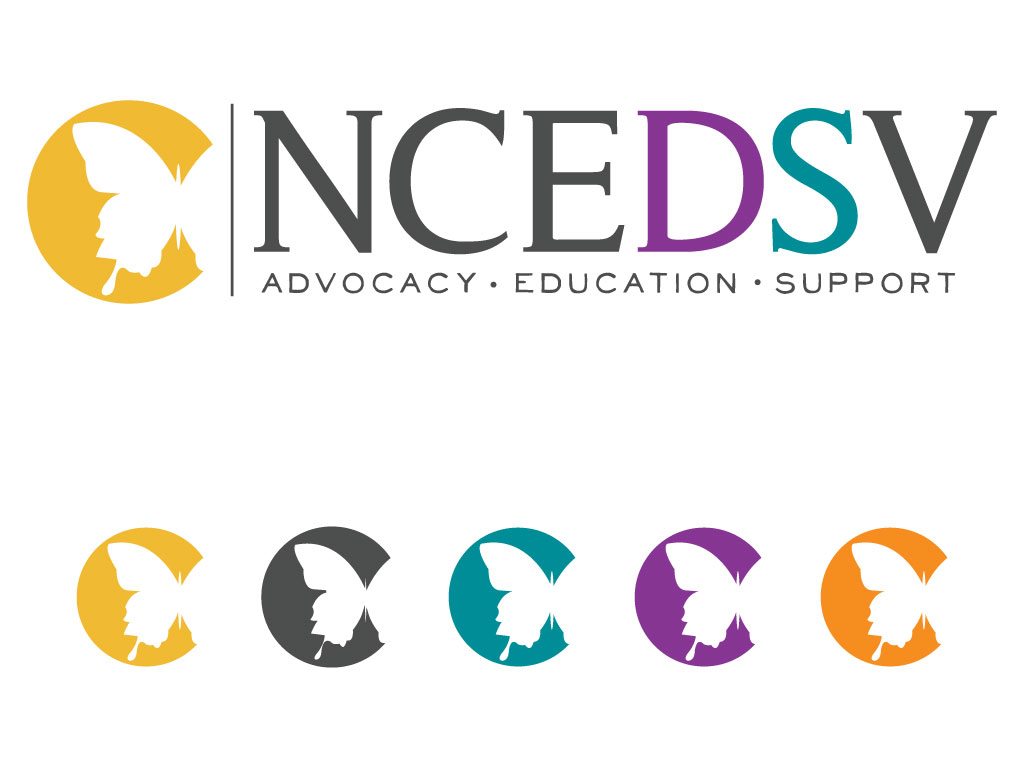 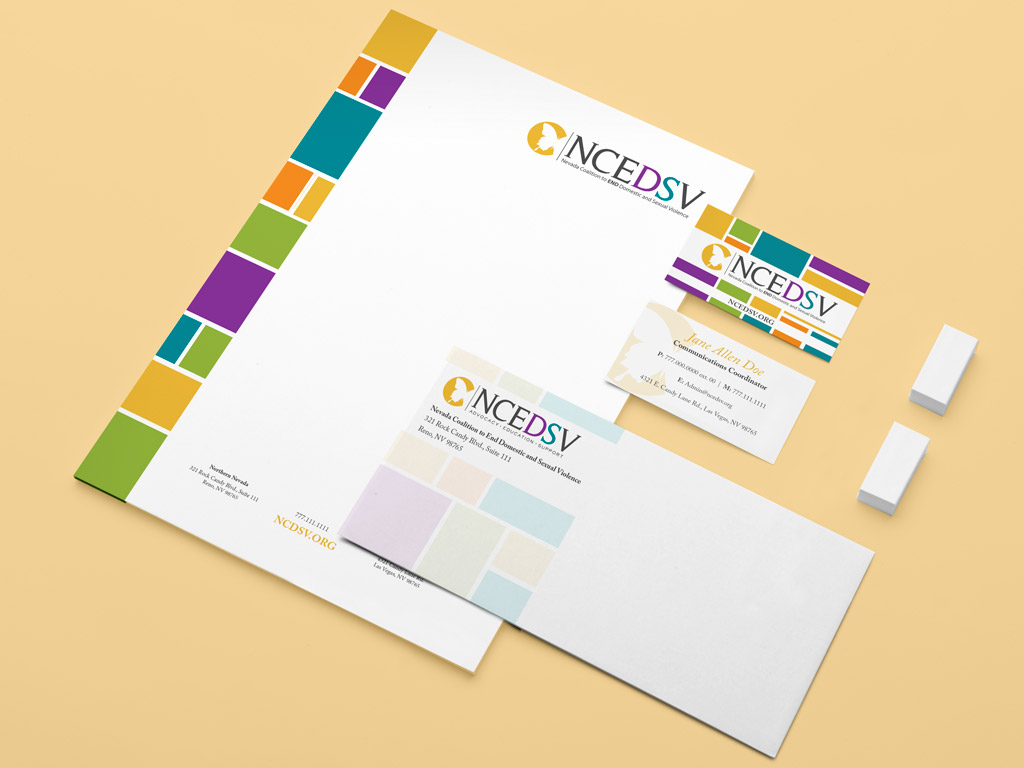 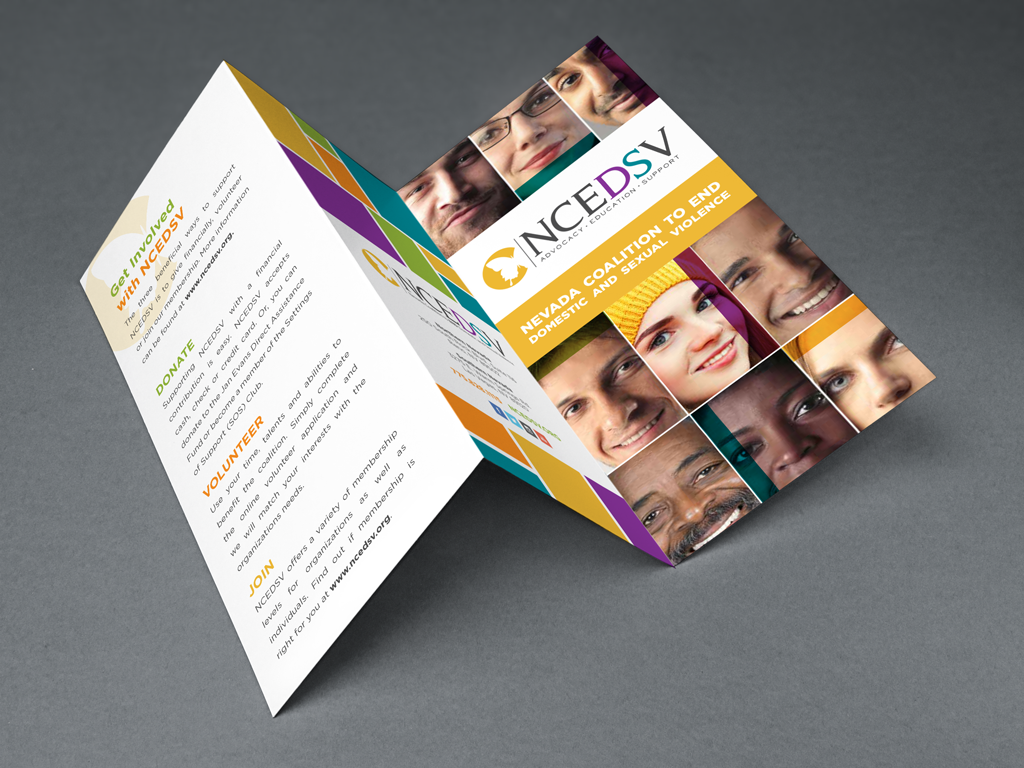 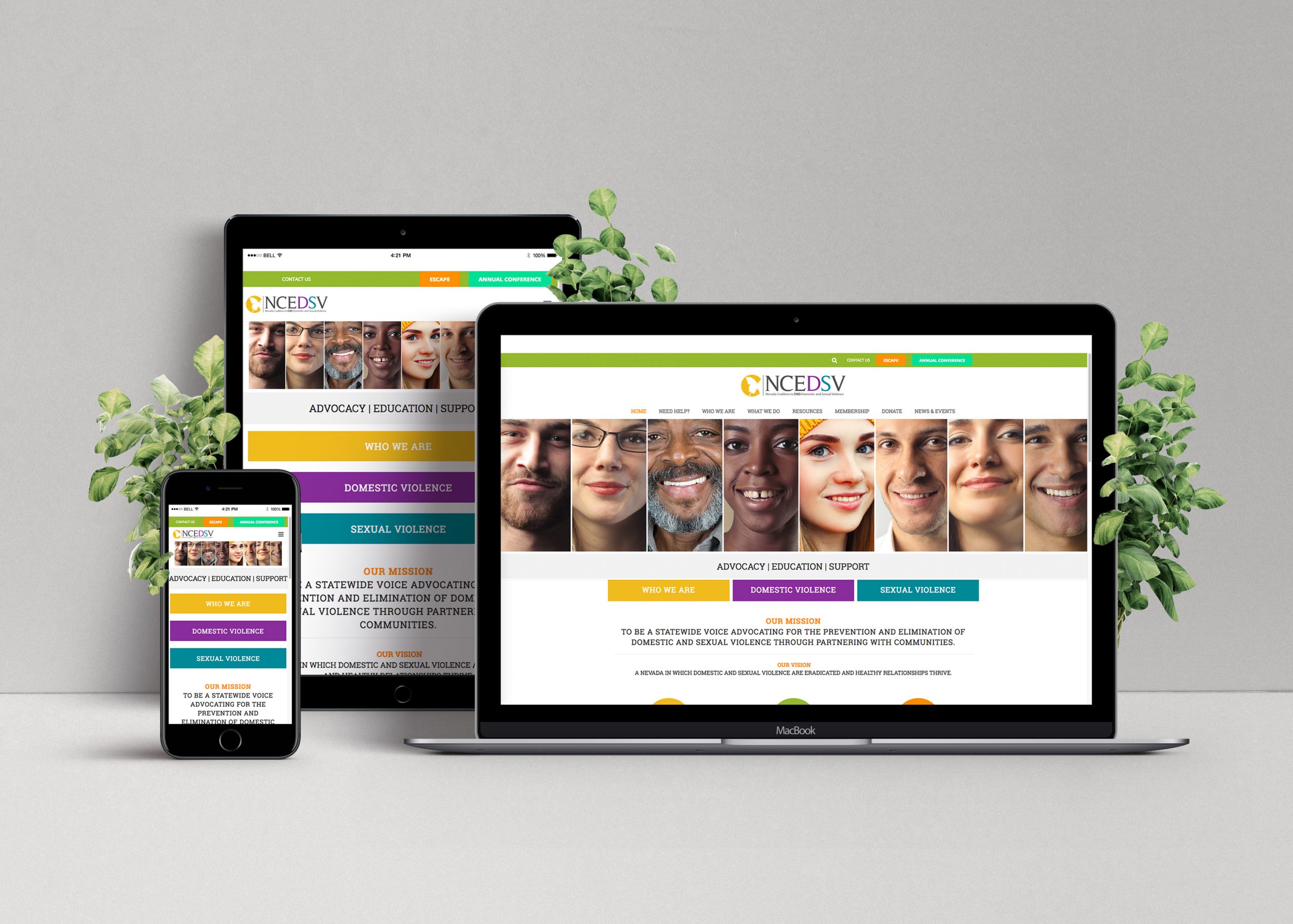 In 2016, the Nevada Network Against Domestic Violence (NNADV) announced they would become a dual coalition to provide support to organizations providing services for domestic and sexual violence survivors. NNADV would soon become the Nevada Coalition to End Domestic and Sexual Violence (NCEDSV). My team was tasked with developing a new brand for the organization to include a logo, website and supporting collateral such as business cards, a brochure template and e-newsletter template. They also needed a branded website that met the needs of two audiences: the organization members it served directly and potential domestic or sexual violence survivors looking for local resources.

Ultimately the coalition chose a logo with the symbol of a butterfly that was designed by Senior Designer Julie Varley. This symbol has deep symbolic meaning not only for the survivors but for the organizations providing services to them throughout the state. As the brand developed further we created a warm, hopeful color palate and began using images of people who matched this feeling. The logo was created to be versatile, either as a standalone representation or together with the wordmark.

The website brings the entire brand together with a strong, warm and hopeful feel from the design to the messaging. Member organizations can find resources and training materials easily through the navigation bar, while survivors can find a map to locate services offered locally. The site also includes an “Escape” button making it easy to leave the site with little to no trace that it was ever visited. This detail was requested by the client to safeguard survivors’ safety. They have since made changes to the site, but the concept and strategy remains.