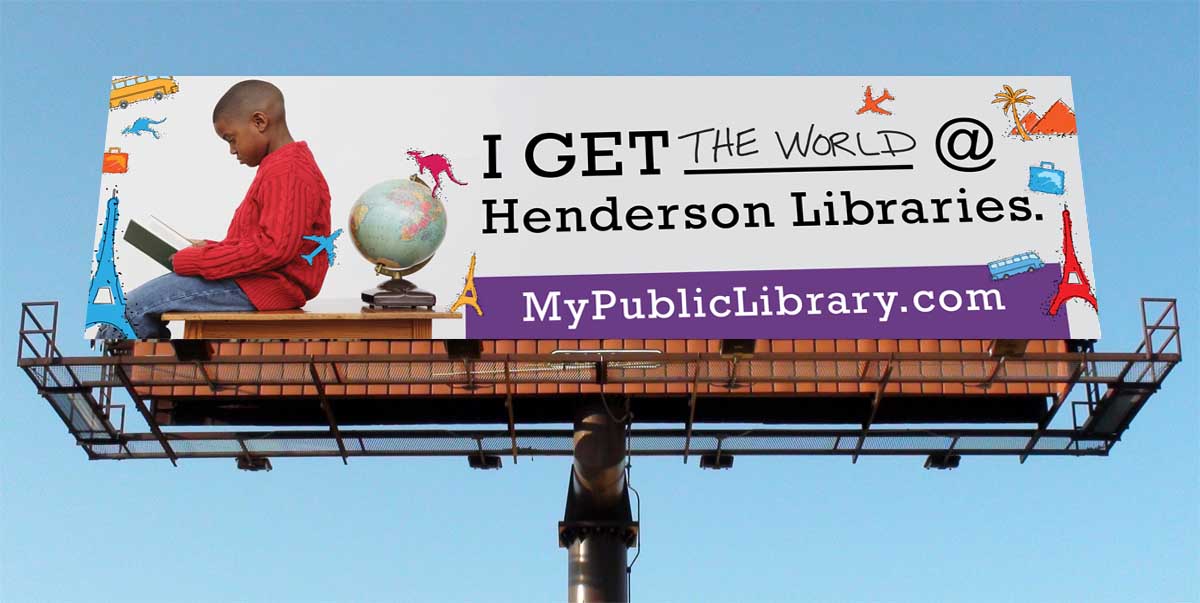 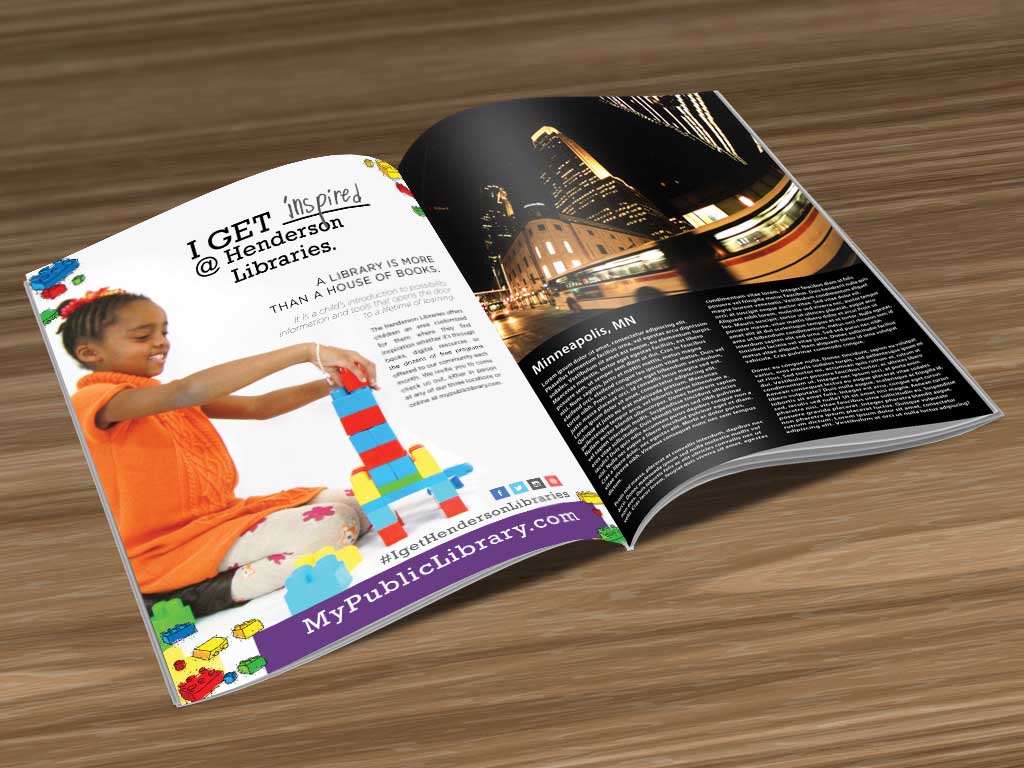 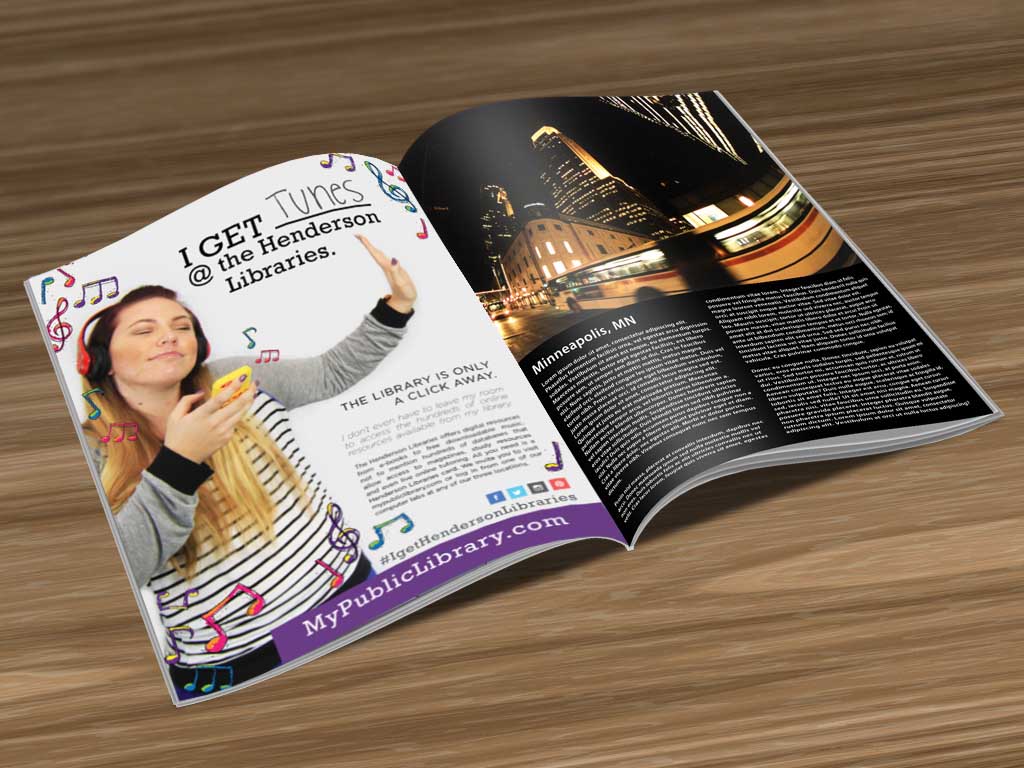 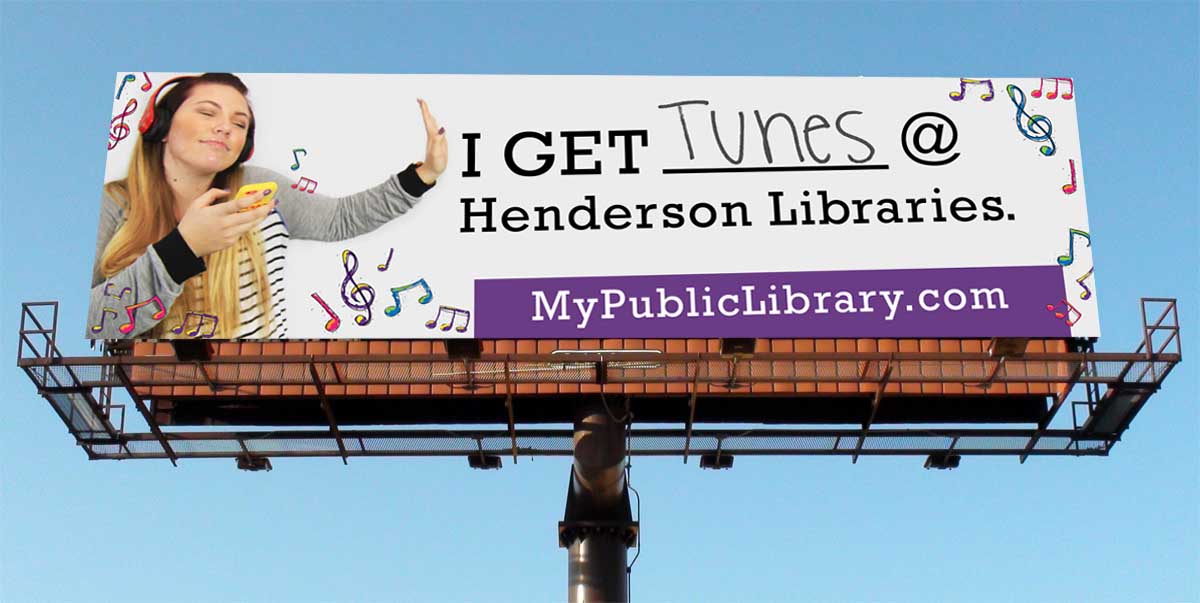 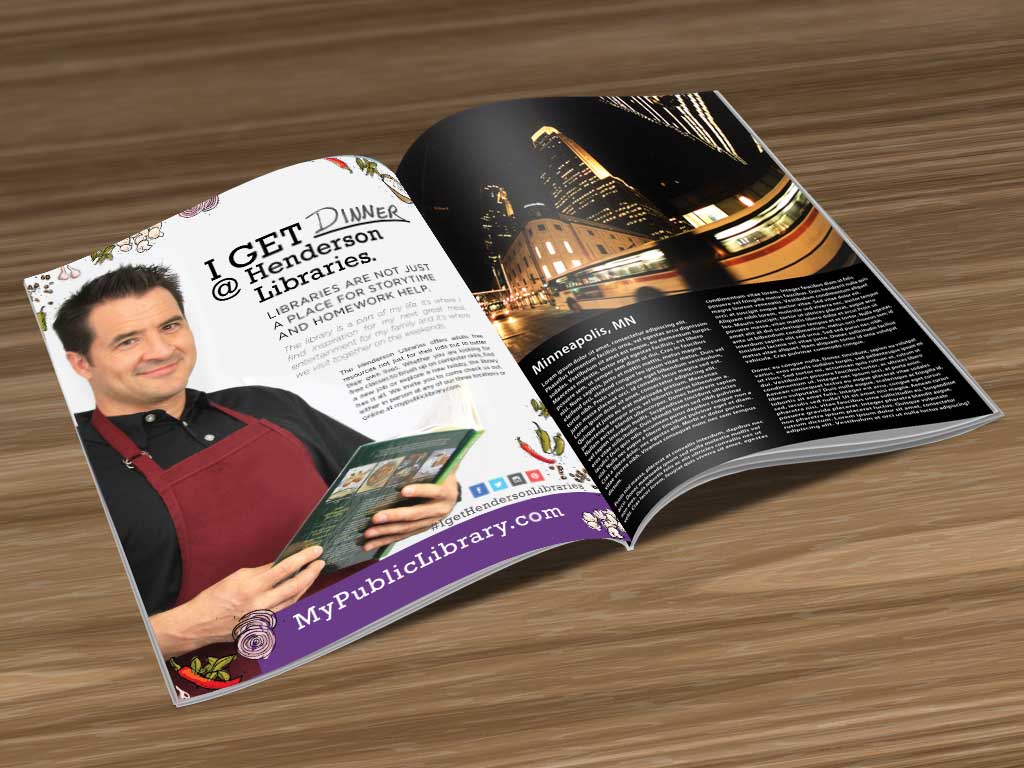 Henderson Libraries is always looking for ways to boost users. One of the things they fight against is that people assume libraries are just for checking out books.

This campaign surrounded the idea that you get so much more than books at the library. We launched the campaign with I Get The World, Inspired, Tunes and Dinner. It was then opened up to guests of the library to tell us what they get from the library. Visitors would fill in a card and they were stuck up on the walls, and this was spread into their social media.