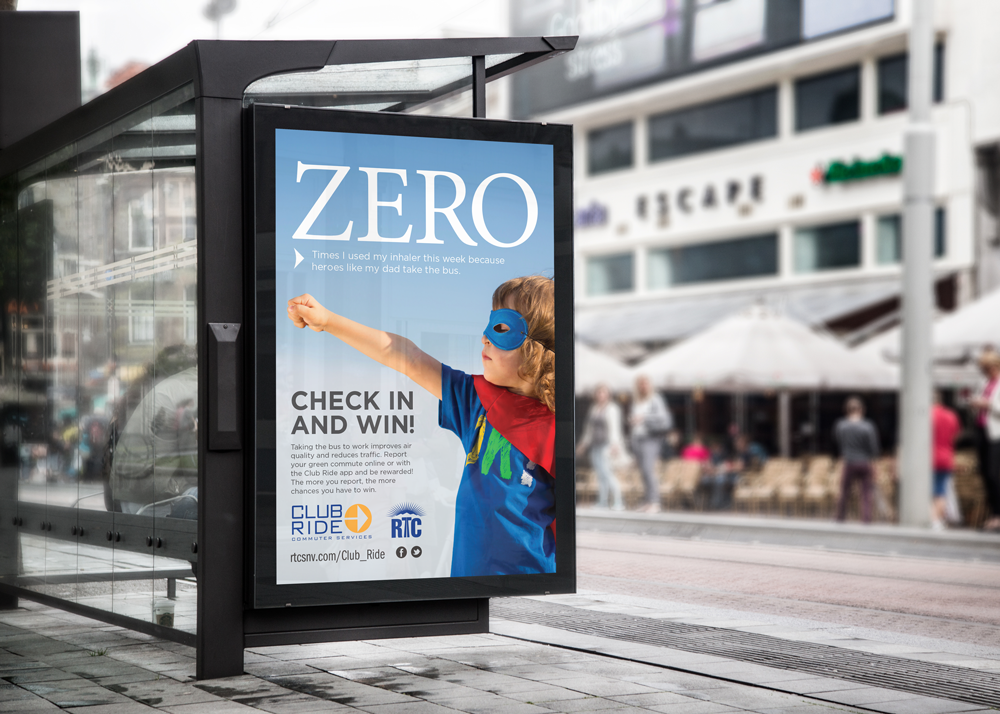 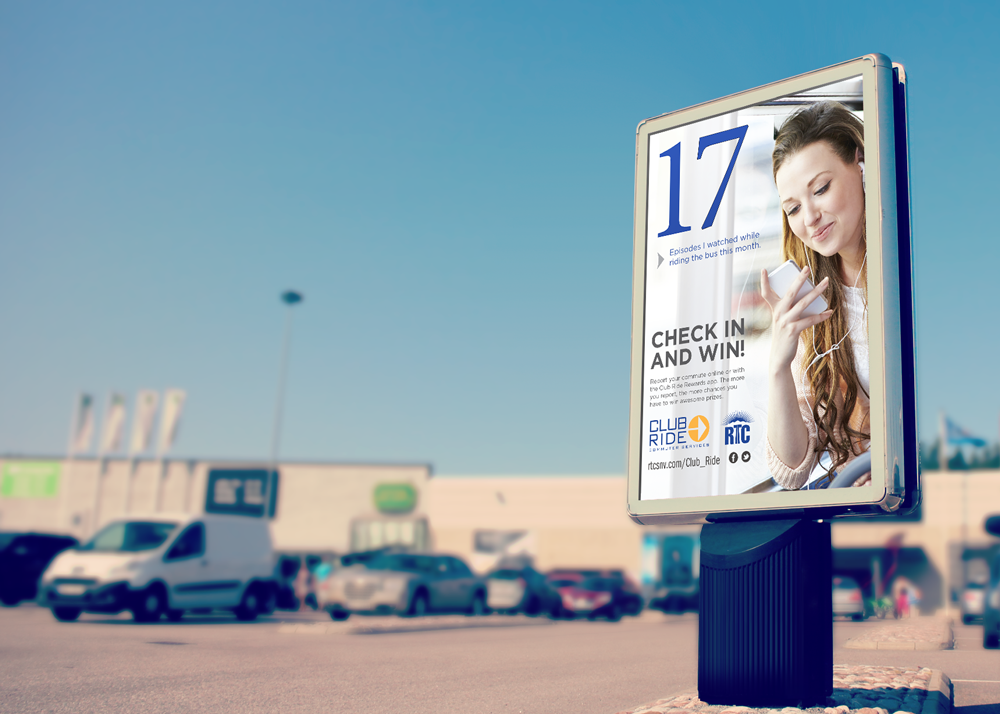 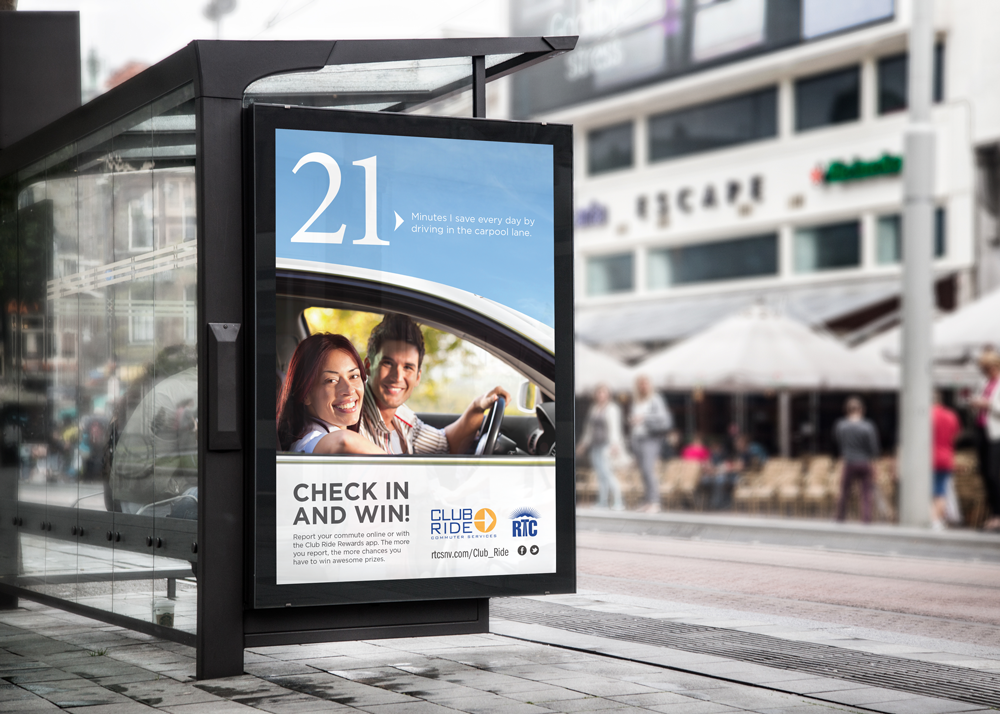 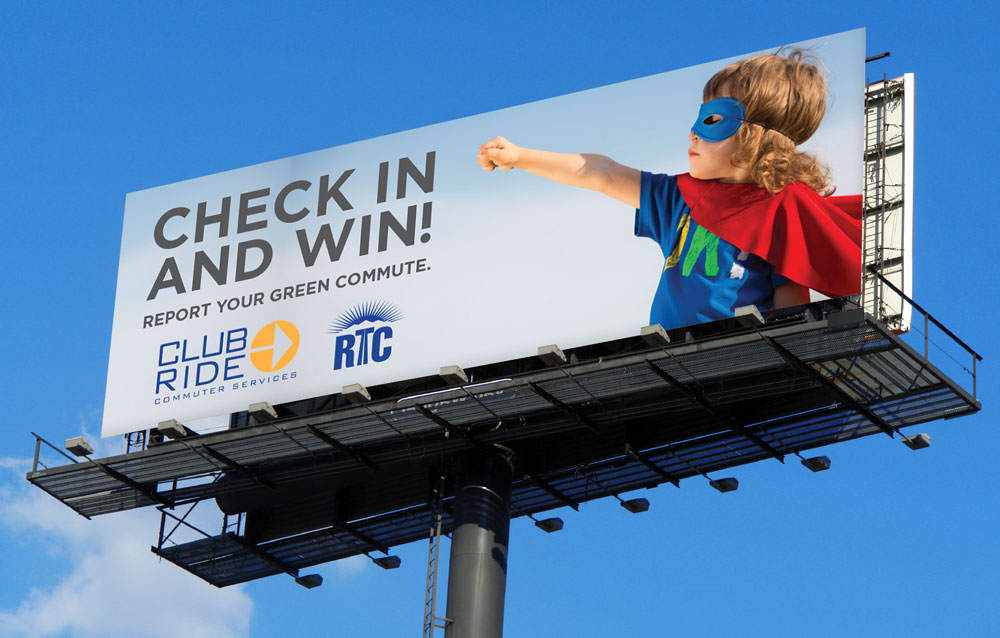 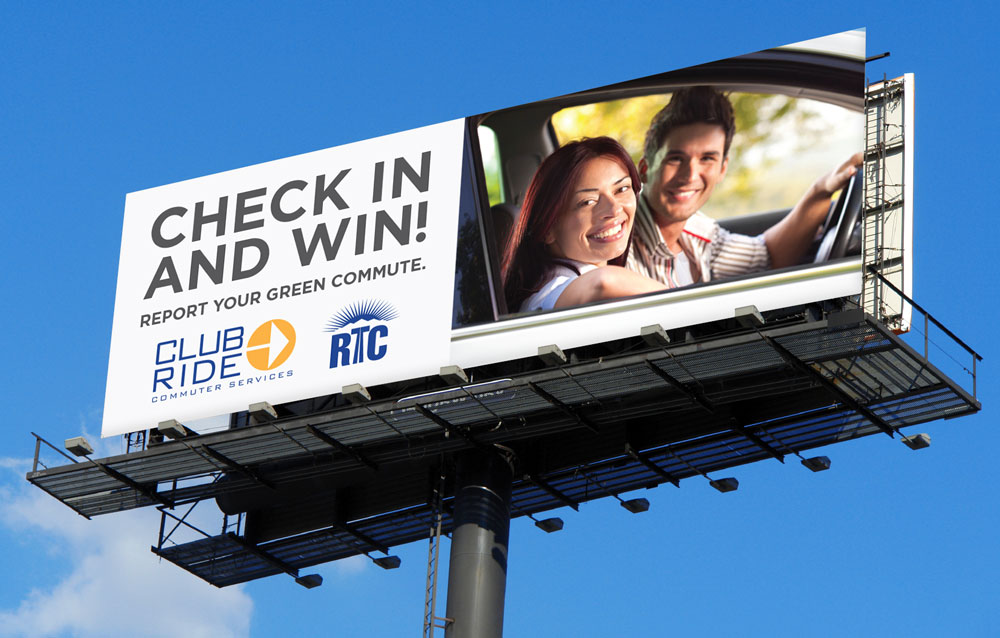 Club Ride’s audience includes people who carpool or use other forms of transportation to reduce cars on the road, such as biking or telecommuting. They have an app for people to log their “commutes” and in-turn win prizes. They are great at getting people started logging, but over time it becomes no longer top of mind and falls by the wayside. We were tasked with coming up with a campaign that would remind people why they are logging.

The main message of this campaign is about what good you can do by reducing the amount of cars on the road.

As a secondary approach, the tagline, “Check in and win” was developed to remind people that the simple act of logging their commute could make them the winner of a $10-$25 gift card.

These messages were posted seemingly everywhere to create a reminder for Club Ride users to log.